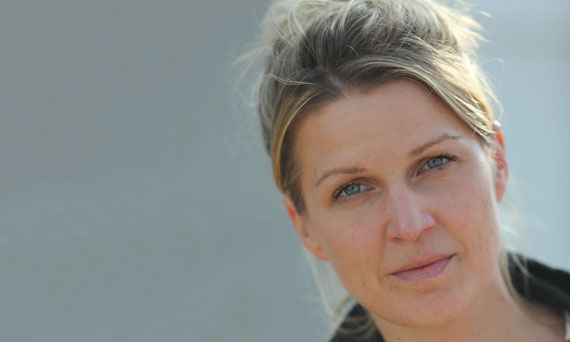 The award-winning, cross-media thriller Rescue Dina Foxx!, interactive documentary Last Hijack and the satirical ZDF Mashups series are just some of the projects backed by the department in recent years.

“We focus on projects that are interesting for German audiences but where they come from is not important,” says Haslauer. “We recently participated on the interactive documentary Last Hijack, for example, which was co-produced by the Netherlands, Ireland, France and Germany.”

Lead produced by Amsterdam-based production company Submarine, the work exploring the roots of Somali piracy, was made with the support of some 15 partners including ZDF, the Irish Film Board and film companies such as Germany’s Razor and Belgium’s Savage Films.

Haslauer admits, however, that cross-media co-productions like Last Hijack are rare due to the complications of running such a project across multiple borders.

“In many TV stations, online and TV are still accounted and run by separate departments. If you multiply this by four or five partners you get too many people discussing each step,” she says. “You need to decide who’s your ‘showrunner’ and let them manage it, especially when it comes to transnational projects.”

Most the work of ZDF’s new media team is linked to the broadcaster’s TV programmes.

“We occasionally work on stand-alones but they have to be suitable for broadcast.  As a public broadcaster, ZDF is not allowed to spend money on web-only programmes.  This forces you to think about slots when you create projects for the web,” explains Haslauer.

“Successful cross-media projects often rely on a brand or cultural codes, that already exist,” she explains. “What we’ve learned at ZDF is that TV is and will be the spotlight for our online projects. Online projects have so much more competition than TV projects, so they need promotion, advertising, or luck, to be successful”

Over the last three years, Haslauer has worked on the stand-alone ZDF Mashups, which combines clips of popular ZDF series such as Derrick and The Dream Ship to satirical effect; a pilot for talk show Fatihland, a cross-media experiment fronted by stand-up comedian Fatih Cevikollu, and the off-beat comedy Lerchenberg, taking viewers behind-the-scenes at ZDF through the tale of a TV personality trying to make a comeback.

“We develop new formatting ideas for tomorrow’s television in cooperation with young talent and outstanding authors. We aim to explore new possibilities of content, format and technology – crossing the borders of genre, length and form.”

Haslauer says it is hard to put a figure on ZDF’s overall new media and cross-media spend because projects tend to be spread across several departments.

“The bigger projects are all “co-produced” between the new media department, a TV department and sometimes one of the digital channels too. We can come in with seed money or sometimes board a project when it’s partly funded,” she explains.

Looking beyond the role of the public broadcaster arena, Haslauer says the increasing involvement of brands and media outlets in cross-media projects is a promising development.

“Those financing models don’t need a broadcaster anymore, they hire a production company and produce their branded entertainment fiction webisodes themselves,” she says. “I really hope, that this approach of storytelling is a future business-model for print-companies because it refreshes the creative industry and is a proper competition for everybody working in content-creation.”

You can catch Lucia and more digital experts at Power to the Pixel: The Cross-Media Forum this October at The Pixel Market Finance Forum.