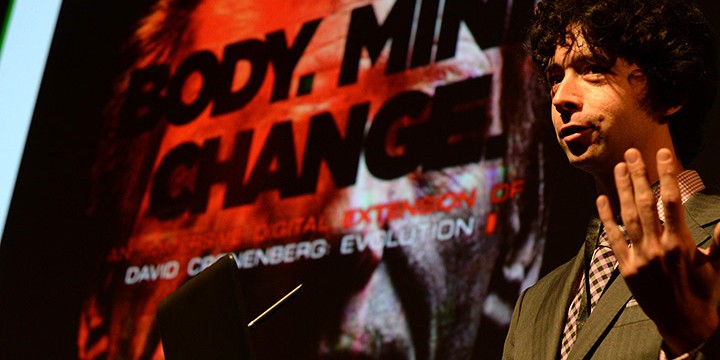 It is no exaggeration to describe Nick Fortugno as a games guru.

The New York-based games designer has created dozens of online games ranging from the one billion download hit Diner Dash to the UNICEF-backed Ayiti: The Cost of Life, aimed at raising awareness of world poverty through an imaginary family in Haiti.

He has also devised card and board games, regularly blogs about game theory and also co-founded the New York and San Francisco-based Come Out & Play Festival in 2006, aimed at citywide street games, combining real-world and online scenarios.

But Fortugno’s work goes way beyond the world of games. His Brooklyn-based company Playmatics — which he co-founded with games and media entrepreneur Margaret Wallace in 2009 – has extended the reach and depth of a variety of properties through games and interactive experiences.

But participants at this year’s Pixel Lab should not bank on Fortugno suggesting a game component for their project.

“Looking at games as extensions is missing the point,” he says. “Games are another way of telling a story, which can co-exist as one of several elements in a transmedia property, each of which serve a different purpose.”

“I’m not going to be pushing the idea that all the projects at the Lab need a game. They may not, that’s the point. I’ll be looking at how a property could be built in a transmedial way which would actively make it better by broadening its reach as well as the depth of the story,” he continues.

Fortugno suggests that creatives need to move away from the idea of one central story-telling vehicle.
The ‘canon’ of a story, he says, can be contained and teased out over several platforms, in a way that both extends a property’s reach and makes for a more enriching experience for the audience.

He points to the way in which US cable and satellite network AMC extended the story-world of Breaking Bad through online games and comics as an example of this.

“The stuff that is in the Breaking Bad comic books, that’s canon,” he says. “It doesn’t appear in the TV show but it’s still an element of the entire story-world. In that sense, it’s truly transmedial.”

Disney and Lucasfilm’s Stars Wars Rebels animation series is another clever extension of an existing story-world, he says.

“It’s aimed at younger people, in that tween/teen cartoon space, and revolves around familial and relationship dramas,” says Fortugno.

“I don’t know this for a fact but I wouldn’t be surprised if the cartoons are dropping stuff that will come up in the movies,” he adds. “It’s all about creating a new fan base ahead of the movies.”

Beyond extending the reach and depth of a property, Fortugno believes the games world can teach the film and TV worlds a thing or two about development.

“As a game designer, when I have an idea I build the quickest dirtiest version I can to try it out,” he says. “The TV and film worlds are still very much wed to the idea of a pilot. They spend millions of dollars to see if something works.”

The game was the first step in creating the story-world of a new alligator character called Swampy. First launched in 2011, the game was an immediate hit and has been steadily expanded to include new characters, hundreds of levels and also spawned a web series.

“Comparable to what Disney usually does, it was a super cheap way to float an idea which then got out into the eco-system and media,” says Fortugno. “It’s never going to be as popular as Frozen but it’s a property, nonetheless, and people like it.”