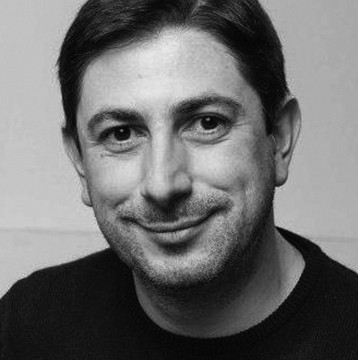 Why cross-media is a laughing matter

In a look ahead to The Pixel Market 2012, we will be profiling the sponsors of the four major prizes which will be awarded to the best projects at Power to the Pixel’s sixth annual Cross-Media Forum in October. First, it’s the turn of Nuno Bernardo, Managing Director of Portugal-based beActive Media which is sponsoring the beActive Pixel Market Comedy Prize. The winner of this new prize will receive £2,500 cash and automatic selection to beActive’s Comedy Lab 2013. Here, Nuno explains why it’s time to get serious about cross-media comedy.

Power to the Pixel: The beActive Pixel Market Comedy Prize is a new prize: why is it especially important to recognise cross-media comedy projects?

Nuno Bernardo: Comedy is becoming the number one genre on the internet and in internet videos. Comedy provides more freedom as it’s not attached to formats and lengths, enabling it to be exploited on the internet. Comedy can work in 30 second, three-minute or three-hour formats. It can be serialized or stand alone. The Prize is our contribution to find this new talent that is appearing in new media and probably will not be suitable to formatted media like TV or cinema.

PttP: What qualities will you be looking for in awarding the prize?

NB: Something that will make us laugh out loud (and will not offend anyone). We are just looking for funny ideas and funny people behind and in front of the camera. Having a funny idea or concept is more important than having a well developed cross-media plan. Part of our development in the beActive Digital Comedy Lab work is picking good ideas and working with the creators to develop a good cross-media approach to the idea.

PttP: The prize includes automatic selection to the beActive Digital Comedy Lab in 2013 which you mention. Can you say a little more about the Lab?

NB: Our Comedy Lab 2013 will be the second year of our development Lab for digital comedy projects. We will incorporate all the learning from the first year and try to get more and better projects. In 2013 we will also allow European producers to take part (in 2012 the Lab was only open to producers from the UK and Ireland).

PttP: What do you think is the significance for producers of The Pixel Market and the competition for prizes?

NB: The Pixel Market and the awards allow creators and producers to get in touch with the market, validate their idea and see if there’s interest from major players. For the winners of the awards, this is a good way to increase their profile in the market. And the winning projects will get extra exposure and increase their chance of getting extra funding from market players.