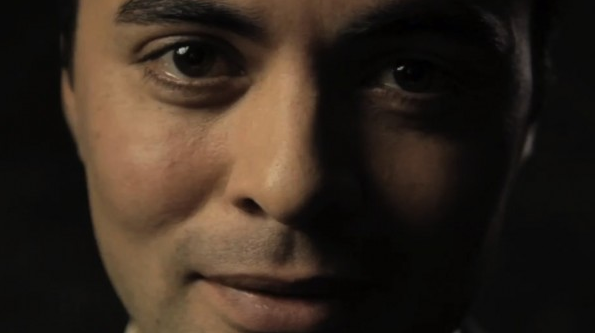 Case Study: Netwars/ out of CTRL

“Try to keep it small and think one step at a time.” Saskia Kress, executive producer of Netwars/ out of CTRL alongside Michael Grotenhoff, talks about her cross-media baptism of fire on the project.

The award-winning Netwars/ out of CTRL, exploring cyber warfare and its potential impact on everyday lives, is one of the most successful cross-media projects to have been pitched at The Pixel Market Finance Forum.

The ambitious work consists of a website, interactive web documentary, a graphic novel app, an E-book/audio book series, paper back and a TV documentary. There are also plans afoot to create a fiction series for television.

The interactive web documentary has proven particularly successful.  As well as exploring the rise of cyber warfare, through interviews with experts in the field and a series of inter-connecting talks by a cynical, fictional digital arms dealer, it also demonstrates to viewers how own their own online activities can be monitored and disrupted.

It has generated more than 2.1 million clicks and 224,000 sessions since its launch in April 2014 and also won a number of prizes including SXSW’s interactive award for best visual media experience and most recently Germany’s prestigious Grimme Online Award.

Saskia Kress, executive producer of Netwars/ out of CTRL alongside Michael Grotenhoff and managing director of Filmtank, the German documentary specialist behind the project, admits to enjoying the accolades but stresses it was not all plain sailing.

“Managing all these disciplines under one IP was quite hard. Sometimes it was a roller-coaster and we were really concerned we wouldn’t pull it off… but we kept going,” says Kress.

The decision to explore the issue of cyber warfare through a cross-media project rather than only a traditional feature-length documentary or TV series, was born out of a desire to re-focus and expand Filmtank’s activities, reveals Kress.

Prior to working on Netwars/ out of CTRL, Filmtank — which has offices in Berlin, Hamburg and Stuttgart – focused mainly on documentaries for cinema and television. It credits include Love & Engineering, The Woman with the 5 Elephants and The Mosquito Problem and Other Stories.

“Money was becoming a problem. Budgets were getting smaller and smaller with broadcasters asking for more and more for less, but our reasons weren’t only financial,” says Kress.

“It also came about through the realisation that we have more ways of telling a story at our disposal these days. It’s not just about film and TV anymore. We wanted to free ourselves if you like and have more fun in our work,” she adds.

The very process of working on Netwars/ out of CTRL ended up connecting Filmtank with new partners beyond the broadcasters and funds that had previously backed its linear documentaries.

Alongside traditional funders like the Franco-German broadcaster ZDF/Arte and Germany’s MBB Medienboard Berlin/ Brandenburg and MFG Medien- und Filmgesellschaft Baden-Württemberg funds, Filmtank also hooked-up for the first time with the German IT publisher Heise and with Bastei Entertainment a division of German publisher Bastei Lübbe, a pioneer in the realm of digital editions.

The latter distributed the app and also licensed the netwars story to create its own E-book, which has been launched in several territories including Germany, United States, Latin America and soon, China.

Kress says pitching the project at The Pixel Market Finance Forum in October 2013 was helpful in terms of promotion and getting feed-back on the project, although it did not result in a deal.

“We spoke with a lot of people but it was our first project and nobody really trusted us but it was good to be there. It was a piece of the puzzle,” says Kress.

She thinks it would be very different now. The success of Netwars/ out of CTRL has brought a number of digital commissions in its wake and also prompted a restructuring of the company to accommodate more cross-media work.

Kress adds that it is too soon to tell whether Netwars/ out of CTRL will be profitable in its own right but adds regardless of the outcome the project has increased Filmtank’s overall value.

This was an investment for us because we said we have to change the company,” she explains. “Even if we don’t get all the money back, we’re really happy that we did it because we now have completely different partners and projects and most importantly we have a future.”

“The company is experienced now in increasing the audience by producing different platforms and that is interesting for new partners,” she explains.

The next crossmedia project of Filmtank is called Bauhaus Spirit, which was a recent participant at The Pixel Lab 2015 at the beginning of July.

Aside from restructuring the company so that the Hamburg and Stuttgart offices focus on film production for cinema while Berlin handles most the digital and interactive work, the Filmtank has also launched a non-profit subsidiary IMF – Interactive Media Foundation, aimed at developing educational multimedia applications.

Applications close for The Pixel Market on Tuesday 21 July, 18.00 BST. For full details and to apply, head to our applications page.