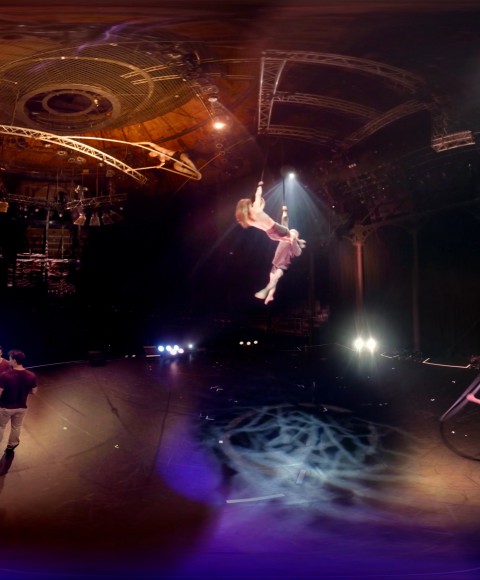 Commissioned by the Roundhouse, Surround Vision presents a 360° circus extravaganza and invites you take your place in the centre of the stage to watch 4 death defying circus acts perform at the same time in the Roundhouse main space. Surround Vision’s director Richard Nockles worked alongside the post production team at ‘Envy’ to create a film which sees the performers spin and twist around each other in VR space with mind-boggling skill that will leave you gasping for more.